How Are We Doing?

Your opinion is very important to us. We want to hear what you have to say about us, and more often than not, your feedback can be applied directly to the way that we run our business. Let us know about your most recent experience with us. Tell us everything that we did right, and let us know if there was anything that we can improve on. Not only will your feedback help us, but it could also help out other potential customers who are looking for the perfect place to get their next vehicle or to get their current vehicle serviced. 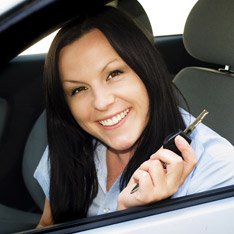 54 Reviews
4.9 out of 5 stars
5 star
46
4 star
8
3 star
0
2 star
0
1 star
0
Sort by: Latest review first / Highest rating first
Elda C., Cortland, IL 01 Dec 2014
I wasn't 100% sure I wanted to go to this dealer since there were a few reviews that were not favorable but my husband insisted that we check it out and I'm glad we did.  Barry Mann was very helpful from start to finish and totally delivered on his promise to get us a good deal which he did. "Thank... you Barry."  Also, Steve in the finance office was great; he answered our questions thoroughly and professionally.  I will definitely recommend this dealership to anyone looking to buy a vehicle.  Not everything we read on the internet is true so it might be best to at least give them the benefit of the doubt and check them out for yourselves.  You might be pleasantly surprised with a new vehicle. Show more
4 rate

M G., Glen Ellyn, IL 20 Nov 2014
This rating is only for the car service consultants. I must say I have been to two other Nissan car services and they were horrible. Jack has been very helpful every time we bring our car in and helps answer all our questions. John helped us out the last time and he was just as helpful and knowledge...able. Thanks! Show more
5 rate

Wasim S., Chicago, IL 24 Sep 2014
I had a good experience with the Glendale nissan. They re nice, good and polite people.Any time I go there for the car service , they do the best mechanical work and they inspect the whole car what's needed for its maintenanceRecently they changed the cvt fluid in my car. Unfortunately something go ...wrong with my transmission after a few days.When I brought my car again for the service, they found that my transmission is messed up. They gave me a brand new rental car  and installed a new transmission of free charge. So I would recommend this place for everybody who is highly interested in Nissan Cars and hopefully they would enjoy their best possible experience with their employees. Show more
5 rate

Carey G., Crystal Lake, IL 14 May 2014
Finally an enjoyable car buying experience. I drove forty five minutes from home to NOT have to deal with my local Nissan dealer and had my fingers crossed. Well worth the drive. Mario and Mike were just fabulous to deal with. No B.S. Just respect and straight talk. Even sitting  in the finance off...ice was a pleasant experience. Quick easy painless and a great rate. Love my new Murano and will be back to use my free oil changes. And the next time we buy a Nissan! Definitely. Thanks, fellas! Show more
5 rate

Christina K., Hoffman Estates, IL 28 Mar 2014
We brought our 2010 Nissan Rogue here for an oil leak. Customer Service here is by far excellent. Within 10 min they came and told me what was wrong and offered an loaner car so I can continue on with my day. They offer a 4 pack for oil changes for $69 which comes out to $18 for each oil change. Gre...at deal as we usually pay up to $35 for an oil change at other Nissan dealers. Nissan also took care of my loaner car. Very satisfied with service here. Show more
5 rate

Mike B., Willowbrook, IL 18 Mar 2014
So I have always been a Bill Kay customer up til now. I heard grinding and pulled over to Glendale Nissan as I just left Bill Kay Nissan that day. Bill Kay Nissan inspected my car for a power steering get fluid leak and failed to look at the brakes. Turns out I was at the end of my break pads. 8 can...'t believe they missed it. I called Bill Kay and they told me their price for 589 for rear breaks with rotors. Glendale Nissan told me I didn't have to replace the rotors and total was 199 plus tax. They did it for less and they said Bill Kay was notorious for replacing parts that didn't need replacing. To top everything off the 1100 dollar quote i got for my power steering pump turned out to be a hose and not the pump. $200 repair. I love Glendale nissan. Honesty just got them my Loyalty. They also had a used car salesman walked we around my vehicle nd told me what to expect in repairs in the near future based on what the see on other customers. This is my first nissan and I will never take it anywhere else. Glendale customer for life. Ask for John in service if you was a recomendation. Show more
5 rate

Bobby F., Woodridge, IL 12 Mar 2014
We bought a used 2009 Rogue last year and it's been all smooth sailing. Preferred warranty and all. First issue that comes up, service engine light. OK, no big deal, we have the top warranty that covers "virtually the entire car minus tires, brakes, and filters", or so said the sales guy who sold us... the warranty. The problem ended up being with the gas valves where you fill up the gas tank. Not covered.... almost $400! We declined the repair at that time but were charged $120 just for them to read the code that is I later found out is FREE at Advanced Auto Parts. Lesson learned on that one. Just mentioning the facts.Before we left, the service person gave me the number for Nissan corporate without me asking for it, which was nice and said "This happens sometimes but maybe they can help."Later on, after less than 10 minutes of research online, figured out it was a $90 part and takes 20 minutes to replace in the driveway without even jacking up the car. Where is there $400 cost coming from? We followed up with Glendale Nissan and shared what we had found. They confirmed with the service department that it's a relatively simple fix and agreed to take care of it. We were told the cost was in their computer system as a fixed price they could not really adjust.In the end, Nissan Corporate refused to replace the part that allows you to fill the gas tank, even when you have the top warranty offered. "Unfortunately, there is nothing we can do." Very disappointing.Glendale Nissan ended up taking care of it for us out of their pocket, which we greatly appreciate.Sometimes when the Corporate office fails you, the dealership can still help. And Glendale Nissan's service department delivered for us. Show more
4 rate

T. Mac O., Chicago, IL 02 Dec 2013
I had a good experience with Glendale Nissan. I was in the market for a "train car".  the sales guy actually listened to what I said and didn't try to show me anything that was over and beyond what I wanted.  He simply facilitated my requests, told me what was in inventory and got me keys to test ...drive.  He didn't push too much.  Sure, there were times I got the "used car" vibe...but I was buying a used car.  It's to be expected. I ended up finding a car that fit the profile I was looking for.  I was able to negotiate the price down significantly (they didn't realize that my wife dropped me off and I wasn't leaving there without a car).They were accommodative and I felt like I got a fair deal, which is uncommon when buying a used car.  They give free oil changes for live (of the car), which is great.  they obviously want to get you in for all your service issues, but free oil changes every 3000 miles is great. Show more
4 rate

Lauren P., Bolingbrook, IL 16 Jul 2013
Ask for Tony Russo! He will tell you straight forward that he will do his best in getting the best deal for you. Thanks again for helping me with my first car purchase.I'm in love with my Rogue!Some dealerships try to get you with that certification price, but not this dealership. They're about the ...customer and listens to their needs! Show more
4 rate

Dan K., Carol Stream, IL 23 Nov 2012
There is a guy in the finance department who will flat out lie to you.  I recently sold my car to my dad, and I wanted to transfer the extended warranty.  My dad was at the dealership talking to the finance guy, who basically told him that there is nothing he can do to help.  However, I know from... experience that they can at least give you the form that you need to send to Nissan HQ.  When I arrived at the dealership, I called this guy out on his BS.  He told me he already told my dad that they can't do anything.  I asked him to speak to someone higher, and he directed me to the finance manager or director.  This gentleman was nice and to the point and gave us the information we needed.  The other guy is a typical car dealership greaseball you might expect from the movies. Show more
4 rate