Brawny and bad-to-the-bone, the Nissan Titan XD was released this year and has only just recently arrived at dealerships across the nation. It’s been dubbed the “every duty truck,” larger than the traditional Nissan Titan, with the capabilities of a heavy duty pickup. The Titan XD isn’t a replacement model, there still is a standard Nissan Titan, but what are the differences between the two? We’re glad you asked.

The 2016 Nissan Titan XD vs 2017 Nissan Titan do share a few commonalities of course, because they both are Nissan vehicles afterall; but overall, the differences are staggering. Comparing the two based strictly on body size, the Titan XD is the larger of the two. The Titan XD measures out at 20-feet long, while the standard Titan is an approximated foot shorter.

One of the other more noticeable differences between the two Titan trucks is that the XD is available in two engine options: the Endurance 5.6L 32-valve V8 or the brand-new Cummins 5.0L V8 turbo diesel. The standard 2017 Nissan Titan strictly is powered by the gas 5.6L V8 and does not list the diesel as an option at this point in time. (The odds are against the Titan getting a diesel, but Nissan is discussing a second option, foreseeably a turbo.)

Drivers who aren’t frequently towing and hauling massive amounts won’t need something as large and powerful as the XD. Both trucks have very comparable towing capacities; the XD only beats the 2017 Titan by about 100 lbs. The Titan XD is just geared more towards heavy duty buyers and comes already equipped with a gooseneck trailer.

The 2016 Nissan Titan XD and 2017 Nissan Titan do not share the same body frame; in fact, they even use separate screws and bolts. But, just like with nearly any other pickup truck, both are  available in three cab options: Single, King Cab, and Crew Cab. To learn more about their cabins, interior safety and technology features as well as the exterior style and design, we’d like to welcome you here to Glendale Nissan to learn more! 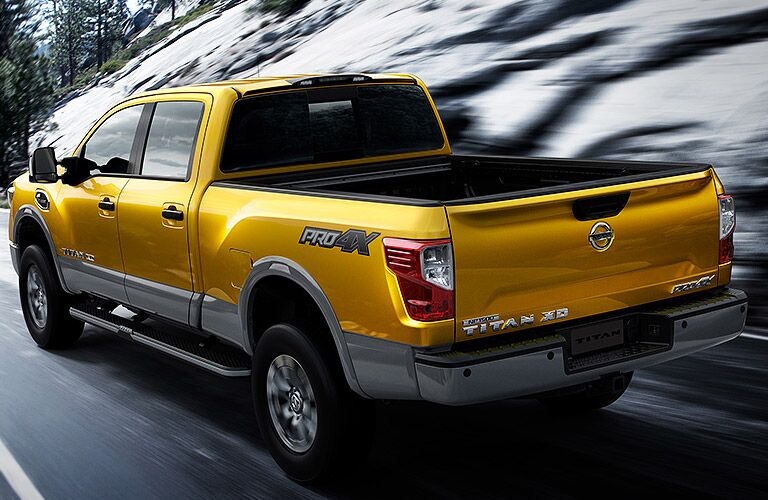 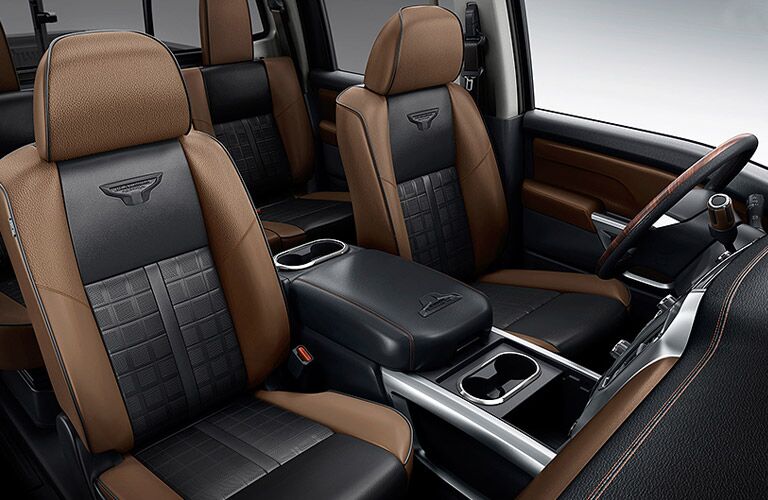 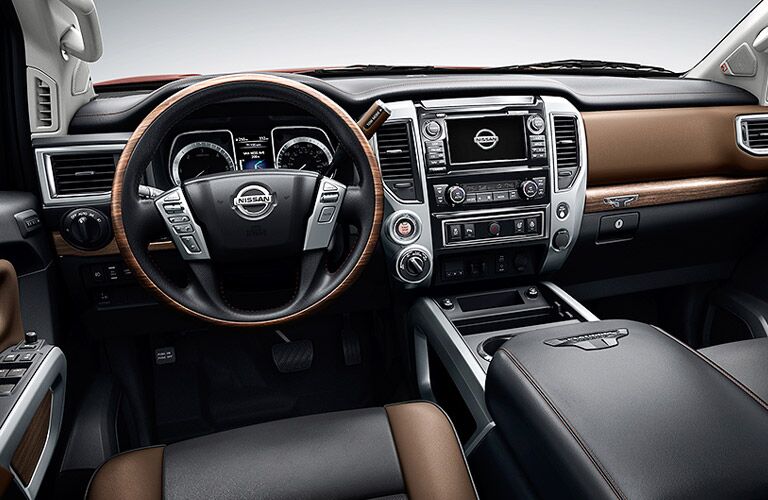 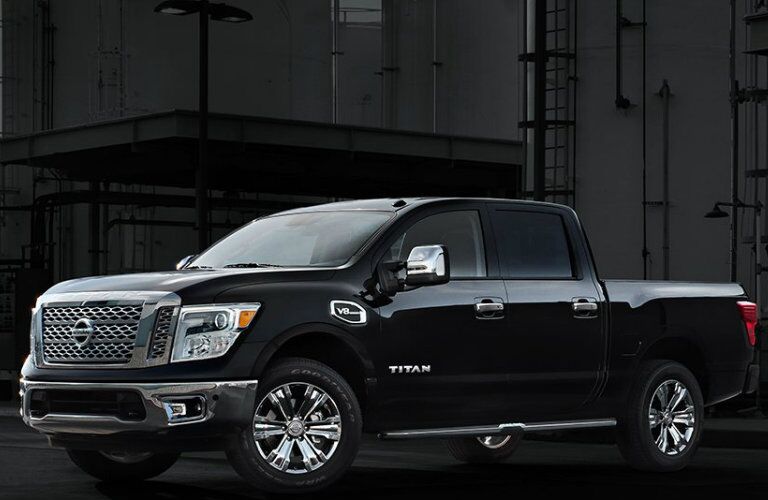