The number of similarities the Nissan Versa sedan and Versa Note hatchback share in common are great, but there are a few key differences that can sway shoppers in one direction or the other. One of the greatest common denominators between the two is the 1.6L 4-cylinder engine that churns 109 horsepower and maintains a wallet-pleasing fuel economy rating. Both come standard with a five-speed manual, but each trim level there on out enlists Nissan’s Xtronic CVT.

These are not meant to be power hungry pony cars, but rather economical and efficient solutions for a variety of drivers. Great for college students who have to commute, first time buyers, or city drivers who navigate congested traffic and have to maneuver into tight parking spaces on a daily basis. Also, choosing between the sedan and hatchback does not increase the seating options, both are able to comfortably accommodate five passengers.

The Nissan Versa versus the Versa Note. How’s that for a tongue-twister? But let’s not complicate things here, and instead take a look at key differences between the two Versa versions. Size-wise, the Nissan Versa sedan is slightly longer, while the Versa Note hatchback stands a little taller, making for easier loading and unloading. Rear passenger head and legroom is also slightly greater in the Versa Note, although neither one will squish passengers in the back.

Rear passenger seats can be split and folded 60/40, helping to accommodate larger cargo needs. In total the Nissan Versa sedan is able to safekeep up to 14.9 cu.ft. of cargo while the increased height of the Versa Note boosts maximum storage space to 38 cu.ft. And while both Nissan vehicles begin well below $20,000, the Nissan Versa Note is the more expensive option, but also lists one additional trim level. They both ride atop 15-inch steel wheels and feature a four-speaker sound system with a CD player and aux. audio input. The option to upgrade is available on both the Versa and Versa Note, adding more luxurious accents, technology upgrades, and additional creature comforts. 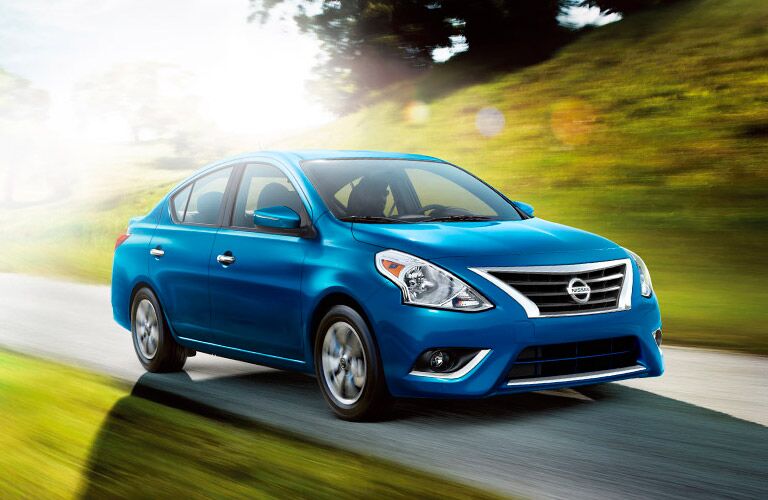 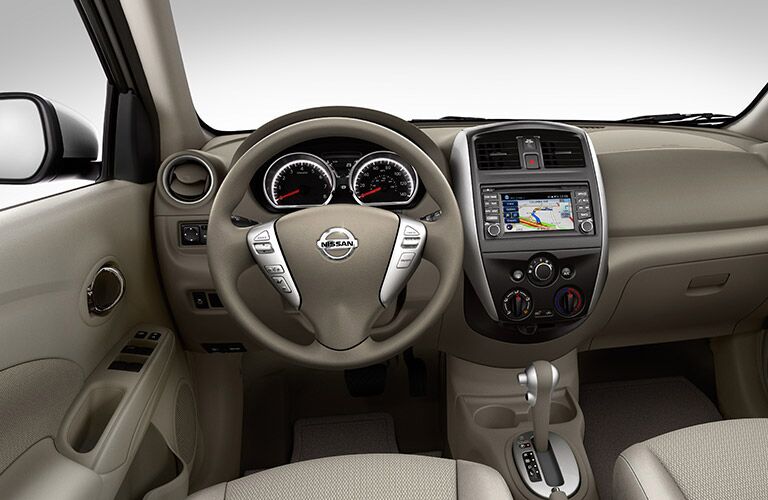 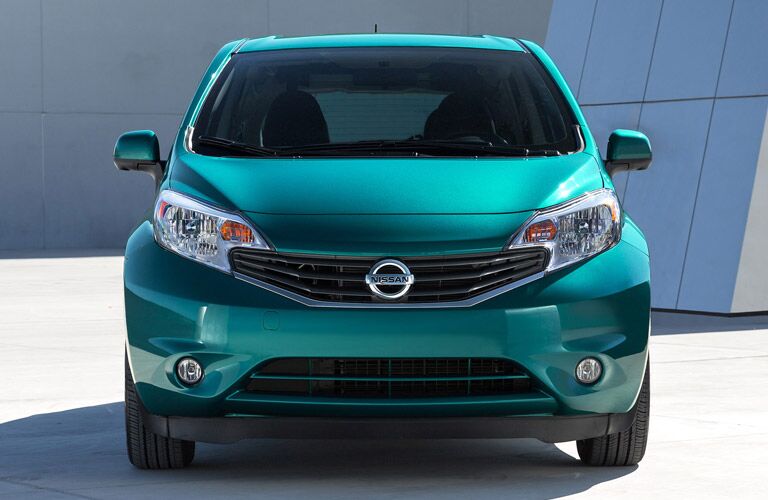 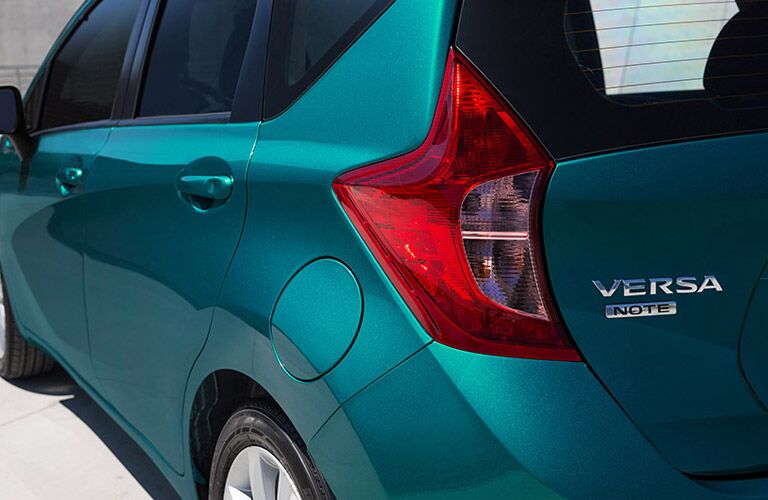